HIGH NOON was hailed upon its release in 1952 as an instant classic. It won several Academy Awards, including one for its legendary star, Gary Cooper. It was named the year's best picture by the New York Film Critics Society. And yet, even though it's high on the American Film Institute's 100 Best Films of the Century, HIGH NOON's respect has been hard won, indeed. Perhaps no other classic film has had such a rocky road as this "simple little western."

However, 56 years after its release, HIGH NOON still powerfully resonates with audiences around the world. When Solidarity needed a universal image to promote democracy and the right to vote in Poland in 1987, they chose Gary Cooper in HIGH NOON, a ballot in his hand rather than a gun. Conservatives and liberals both manage to cite HIGH NOON on the floor of Congress as a metaphor for their competing political ideals. Political cartoonists and headline writers inevitably use HIGH NOON as reference for countless crises. President Eisenhower cited High Noon as his favorite film, as have President Clinton and former Japanese Prime Minister Junichiro Koizuma.

On one hand, HIGH NOON has been attacked for being a conservative, damaging portrait of arrogant male paternalism. On the other hand, HIGH NOON is praised for challenging entrenched notions of gender, for exploring masculine anxiety, masculinity as a construct. Feminist critics and academics are offering intriguing and complex new readings to HIGH NOON.

Carl Foreman's bare-to-the-bones script and Fred Zinnemann's equally spare direction are a perfect film correlative to Hemingway's iceberg theory. This taut, seemingly straightforward little suspense western is complex, multi-layered, and perhaps even more relevant today than when it opened over 60 years ago.

Inside High Noon
A Documentary
Written & Directed by John Mulholland

‘Inside High Noon’ encompasses the film’s creation and value in a tightly edited fifty minutes. The behind the scenes tale is told, but at least half the Frank Langella narrated documentary is devoted to the film’s importance in the greater pantheon. There’s a lot of focus on the film’s political subtext (the film is listed as both Bill Clinton and George W. Bush’s favourite), but there’s also plenty of focus on the craft and achievements of every major member of the cast and crew. Since very few of the original players are around to offer up their humility, there’s a slight smugness to the doc’s assured knowledge that the film is important, but the interviewees, including the children of the stars and crew, and Bill Clinton, who knows a whole heck of a lot about the film, verging almost on a fanboy enthusiasm. Written & Directed by John Mulholland. Produced by Richard Zampella. 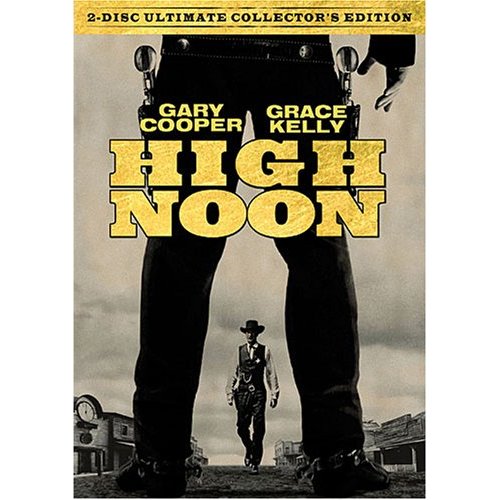